Since 1973 the History Department of our College has been a Jewel to the Crown. The Department takes credit for its success in creating a brilliant and glorious academic record and also developing healthy academic atmosphere in the College in tune with latest needs. The Department is active on academic front and public examinations, results are testimony to the efforts of the faculty. In 2006 Smt. G.Usha Bhanu Head of the Department and other staff members lead B.A students on an education tour to Aduru, Antervedi, Nedunuru etc., and also continuing the same programme every year. The staff members of the History Department are involved in guiding project works executed by the students and funded by the management. Smt.G.Usha Bhanu started Gurupoojosthavam in college classes.

The Department of History has been in existance right from inception of the college. Earlier it was a composite department in union with Economics and Politics .All the Members of the department were reputed for their eminence and scholarlyness and it is not an exaggeration to that their great contribution is the main spring of the success of the college. Dr. Koppolu Dayasagar Babu did his M.A in History in Acharya Nagarjuna University during 1985-87 in Guntur with history of China and Japan as specialization with 71% of marks and awarded second rank, he got Rs.10,000/- as merit scholarship from Government of Andhra Pradesh also did his M.A sociology in the same University and M.A Tourism and Management in P.S.Telugu University and M.Ed in Annamalai University, Tamilnadu and also did his Ph.D in P.S.Telugu University. He was qualified in the State Level Eligibility Test(SLET) conducted by the AP Government in January 1999.

He joined as Lecturer in the regular aided post on 10th December 1999 in ths college. He participated in one orientation course and three refresher courses. He also participated in good member of National and International seminars and among them he submitted papers for some seminars and also five articles were published in various prominent National and International journals.

He worked as convener for the staff recreation club in this college and also acted as staff representative on GB, S.K.B.R.College . Acted as member on various committees like admission , Discipline, Magazine and Ragging, Examination and as convener for literacy and cultural association in this college so far. He also acted as question paper setter for various autonomous colleges.

He acted as subject expert in the recruitment of lecturers in the local colleges. He was acted as a counselor of both the study centers of school of Distance education, A.U waltair and Dr.B.R.Ambedkar open University, Hyderabad and worked as honorary director for college boys hostel, Amalapuram. 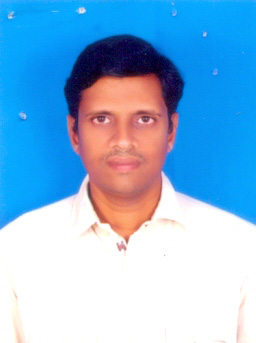